The Parts of a Storybeat

This is what a Storybeat looks like at both the Transit and Progression level: 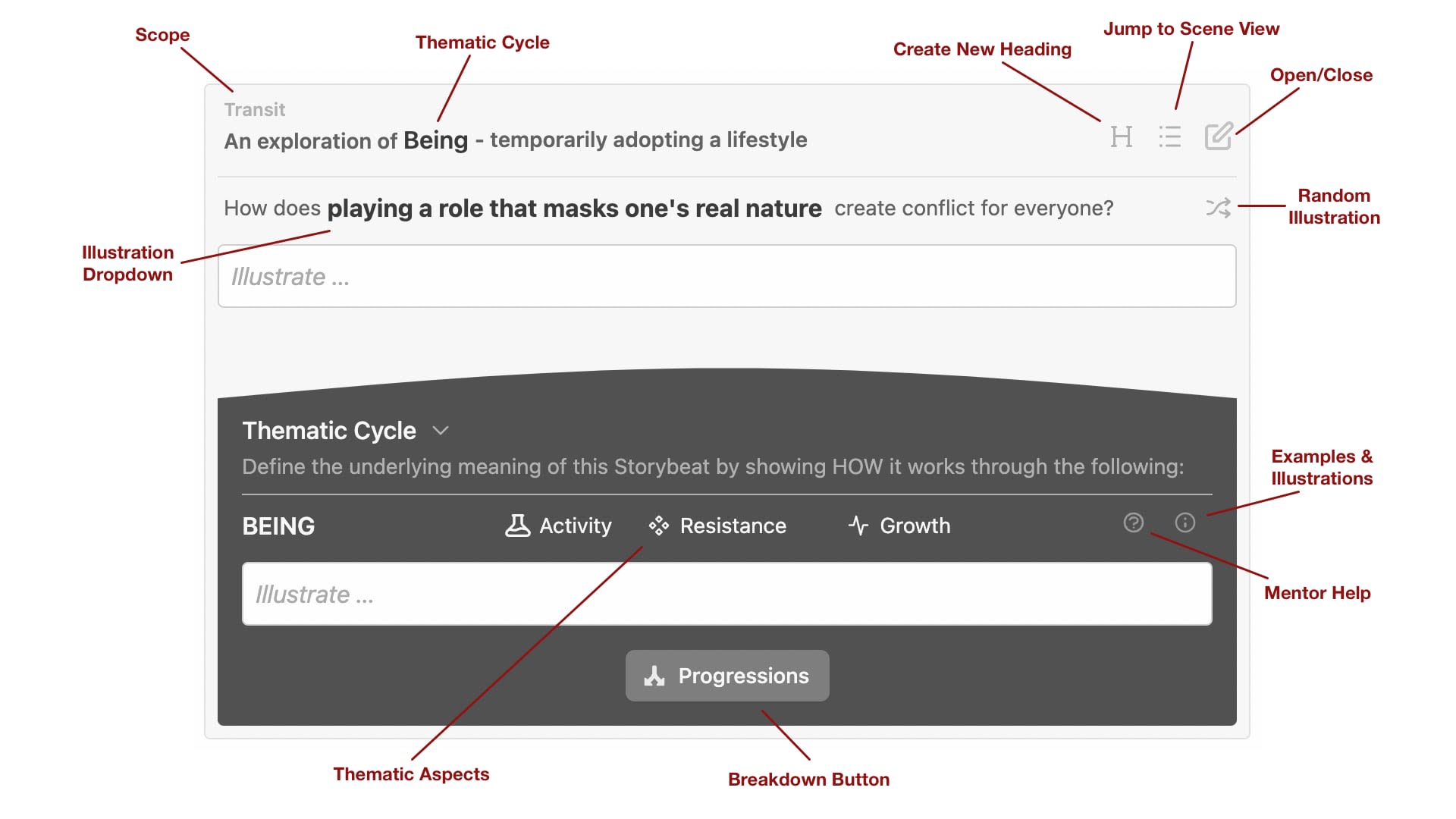 The Parts of a Storybeat

A Storybeat is divided into two halves: Storytelling on top, Subtext underneath.

The Storytelling of a Storybeat

The Scope of a Storybeat defines its size in relation to other Storybeats.

The Thematic Cycle defines what part of the mind is explored in this Storybeat.

Expert storytellers might notice a slight difference between a Storybeat and a Storypoint, in that the latter is listed as a Thematic Cycle and the former a Thematic Conflict. This difference is meant to inform the writer of the difference between the two: the Storybeat is a temporal and transitional aspect of the mind as it works through a complete narrative. The Storypoint is a patial and component aspect of the mind as it appreciates a complete narrative. Practically speaking, you'll find the differences between the two inconsequential, but theoretically it's important to distinguish between the two ways of appreciating a story.

Create New Heading allows you to replace the more abstract and theoretical Thematic Cycle with a "human"-readable title.

Jump to Scene View does just that--it jumps to the Act where this Storybeat appears in the Scene view.

Open/Close opens and collapses the Storybeat for editing.

Pressing the Random Illustration button will shuffle through the thousands of available example illustrations of the current Thematic Cycle and replace it in the Illustration Prompt.

The Illustration Dropdown is a manual process of doing the same--click this, and Subtxt presents you the entire list of Illustrations available for this Cycle.

Opening and Closing all the Storybeats of a Throughline

While opening and closing individual Storybeats may help you maintain a global understanding of your current Throughline, you may find it helpful to open all the Storybeats of a particular narrative at once.

You will find that option at the top of the Throughline View under the Details button (the 3 dots). 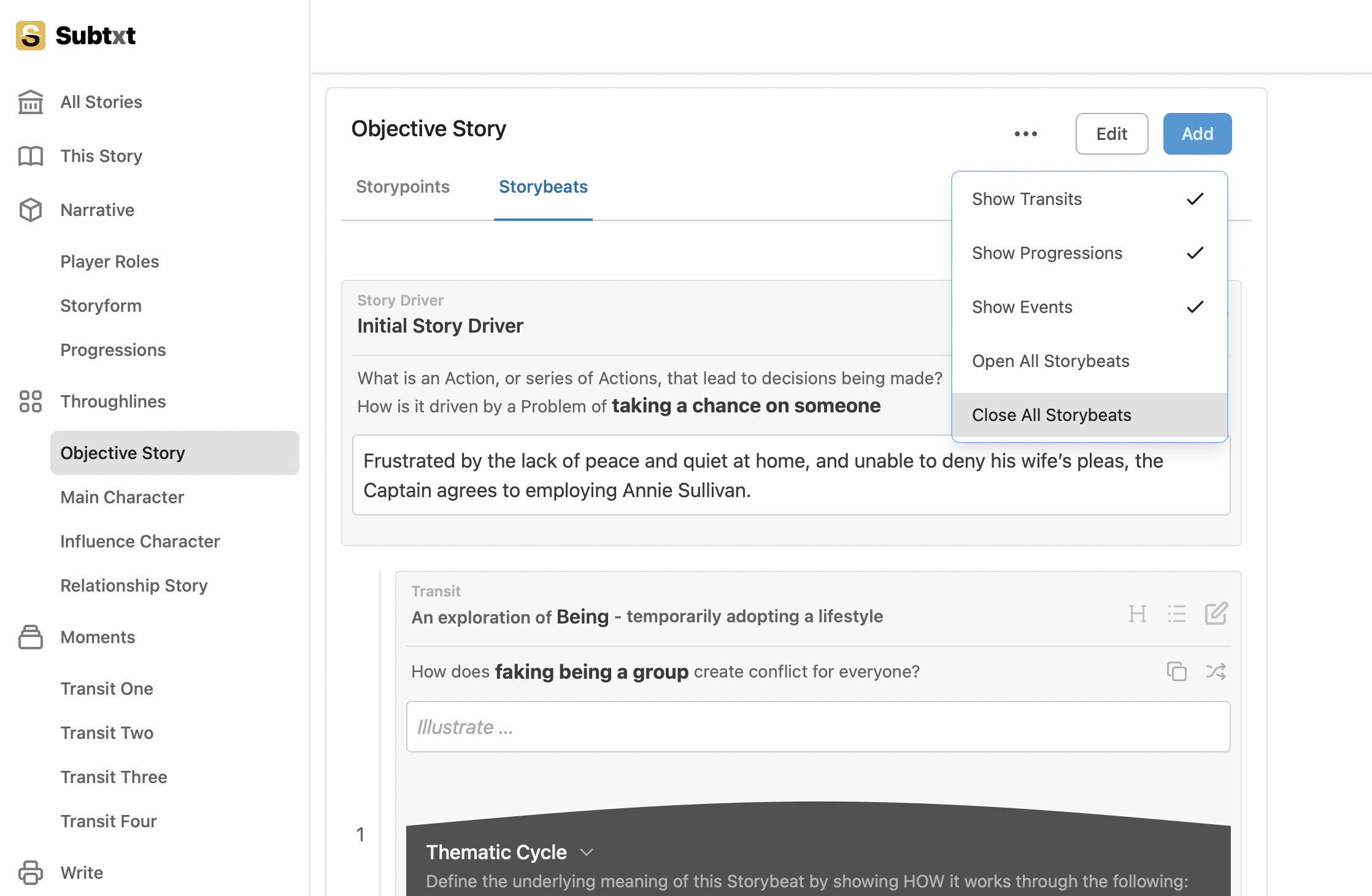 Opening and Closing All Storybeats

Subtxt will remember which beats you have left opened and close, so that when you return to your story they will be there waiting for you.

The Subtext of a Storybeat

In addition to finding the Thematic Cycle repeated below (in case you replace the one on top with a Title), you will find listed the Thematic Aspects of this Storybeat. Consisting of three separate Modalities: Substance, Spatial, and Temporal, these aspects help color the current Cycle to match the overall Premise (meaning) of the story.

Mentor Help offers a writing prompt similar to the one you might receive from a live mentor.

Examples & Illustrations scans the hundreds and hundreds of Storyforms in Subtxt to find similar Thematic Cycles.