Working on the Throughlines in isolation is great for making sure each feels complete and meaningful:

But your Audience wants to see them all put together into one story.

The Storybeat section provides a look at your Throughlines through the lens of a traditional linear Act-based structure.

The structure of a story naturally divides into four segments. While Aristotle marveled at “beginning, middle, and end,” his approach speaks from within conflict—from the point-of-view of the characters. As Authors in the process of structuring, we step back and observe conflict objectively—and see four contexts:

Each of these finds its way into a story through the individual Acts.

If you want to understand the structure of anything that tells a narrative—whether it be Acts, Sequences, or Scenes—consider then in terms of four. Even something as small as a Calvin and Hobbes comic strip divides itself into these appreciations of potential, resistance, current, and outcome.

:::tip If you are more familiar with the traditional Three Act Structure, know that your understanding still works within Subtxt. Merely think of Acts Two and Three as what you would normally consider Act Two. Some circles even refer to these middle Acts as 2A and 2B. :::

Open up Act One under the Storybeats section. Inside, you find the Act One Storybeats gathered from the individual Throughlines, along with two Story Drivers. This spot reveals the potential for conflict in your story. 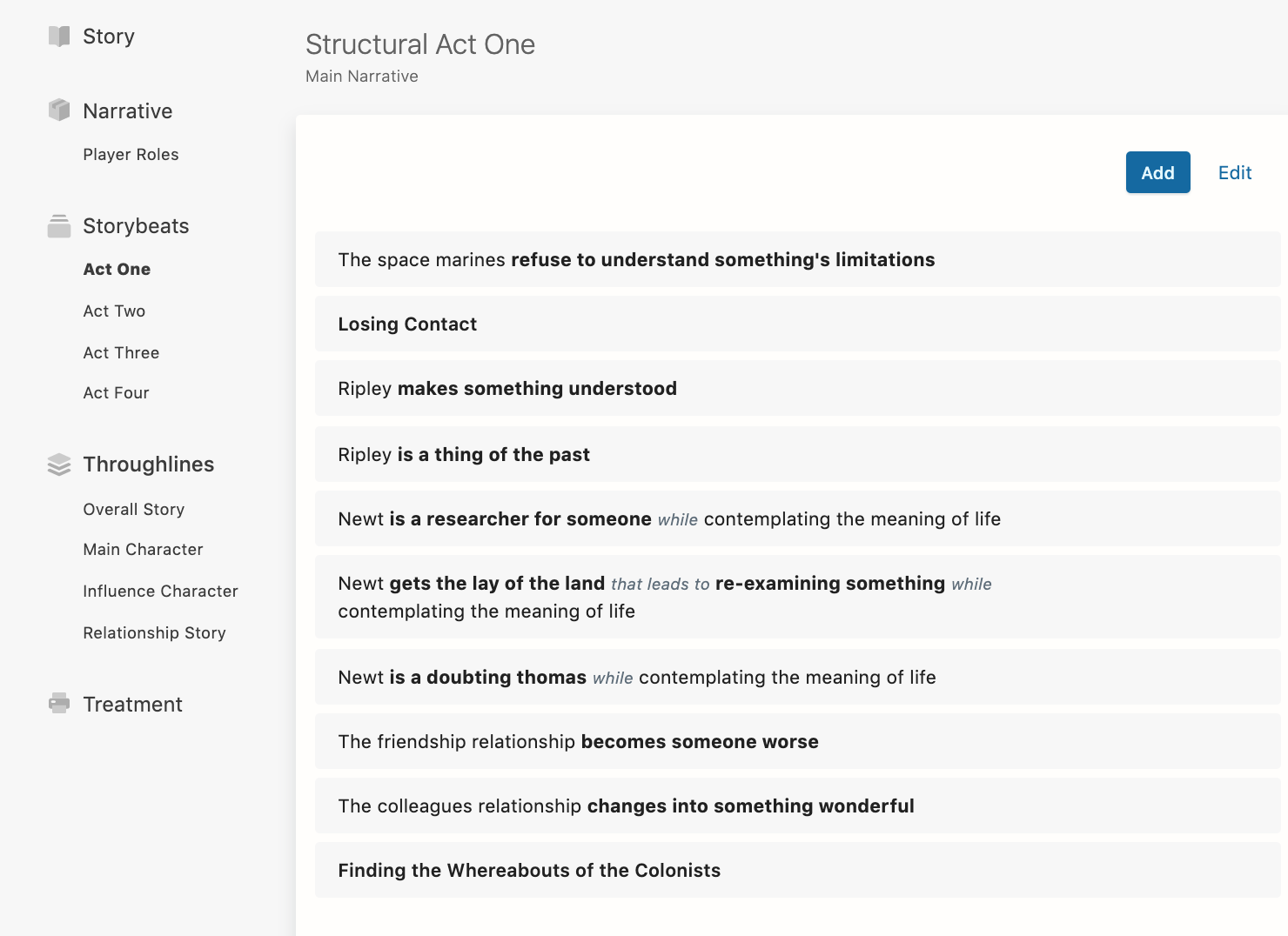 While you can adjust instances of Storytelling Illustration and expand upon the Beats as you did in the Objective Story Throughline, the real purpose of this view lies in its ability to weave the individual Storybeats.

Tap on the button marked Edit to reveal additional information about each Beat in this Act.

You can find explanations for all of these features in the Storybeats section of The Manual. For now, let’s focus on weaving the story together.

Grab a Storybeat by the up/down arrow indicators. Then, drag that Beat to a different position in the narrative. Release the icon to secure the Beat in place. 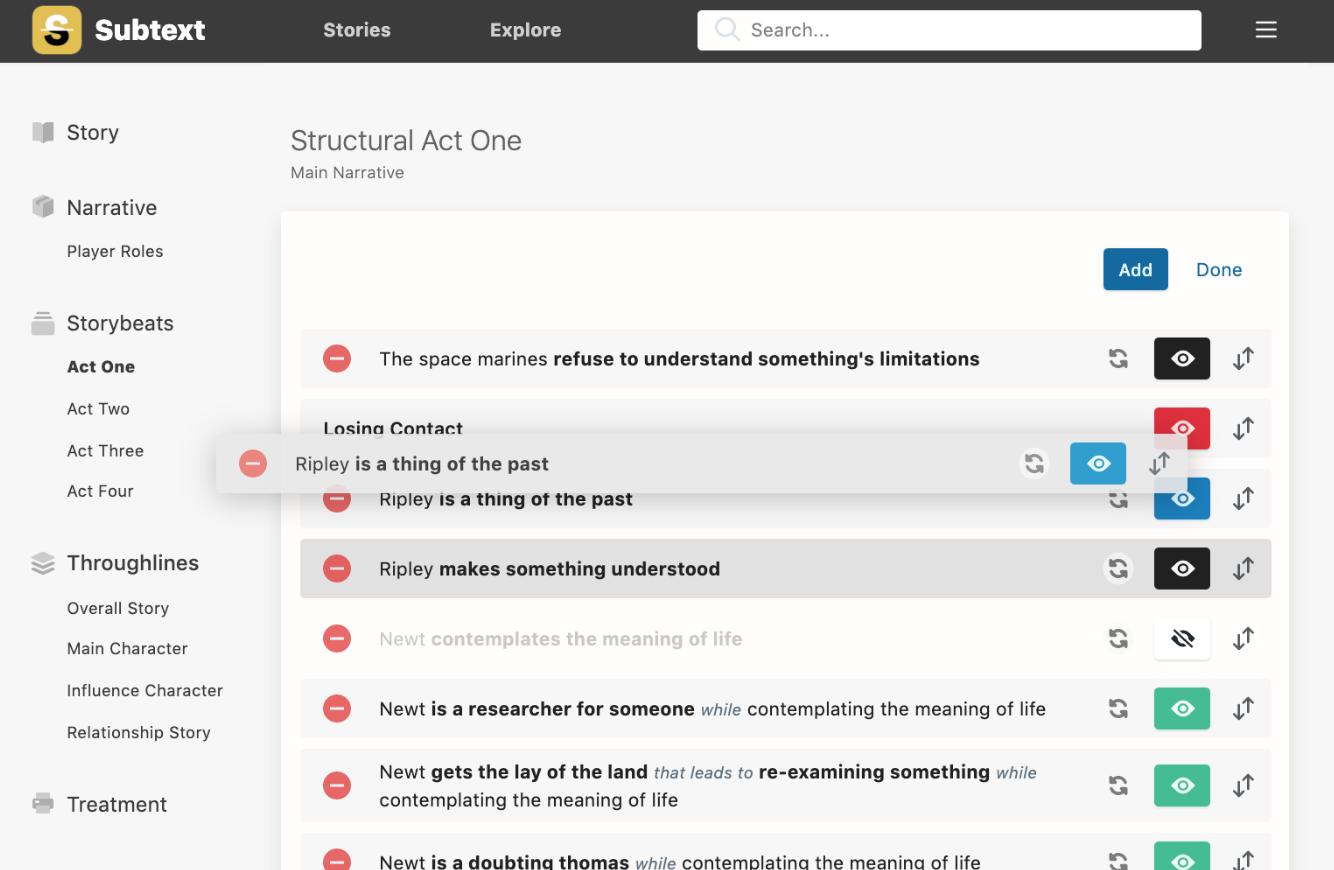 Continue to shift these Beats around until your intuition tells you, Yes, this feels like the first Act of my story. That’s a good indication that you’ve hit the sweet spot. 😁

Tap Done and the Storybeats view returns to its essential essence.

:::warning You cannot move the Story Drivers anchored at the end of the first three Acts. Once that Story Driver appears in your story, it’s time to move on to the next Act.

Also, you cannot move a Storybeat from one Act to another. That would simply break structure, and Subtxt will not allow you to do that (You can do it on your own time). :::

Move on to the other Acts, and weave the rest of your story together. If you want to see all four Acts at once, tap on the Storybeats section header.

When you finish weaving all four Acts, you complete the process of structuring your story from a Premise.

Adding the Protagonist and Antagonist ← → Adding the Emotion